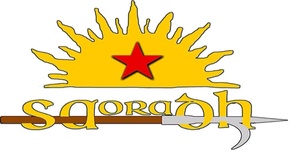 Saoradh seek the establishment of a 32 County Socialist Republic free from British rule.

Saoradh aim to build campaigns to fight back against imperialism and capitalism to empower the Irish people in the ongoing struggle to regain our national sovereignty, end partition and build a new fair society.

Saoradh believes that Ireland should be governed by the Irish People with the wealth and wealth producing mechanisms in the ownership of the Irish people. This can not happen while British imperialism undemocratically retains control of Irish destinies and partitions our nation. This cannot happen while a neo-colonial elite in a subservient supposed indigenous administration sells the nations labour and natural resources to international capital.

Saoradh does not believe that British imperialism or capitalist exploitation can be confronted in the structures they have created to consolidate their undemocratic control of the Irish nation. As such Saoradh believe any assembly claiming to speak for the Irish people without being elected by the united people of the Irish nation to be illegal.

Saoradh will seek to organise and work with the Irish people rather than be consumed and usurped by the structures of Ireland’s enemies, standing on a long and proud revolutionary Irish Republican history of resistance; inspired by the actions and words of Tone of Connolly, of Mellows, of Costello and of Sands .

Stand up! Fight back! Join the revolution!